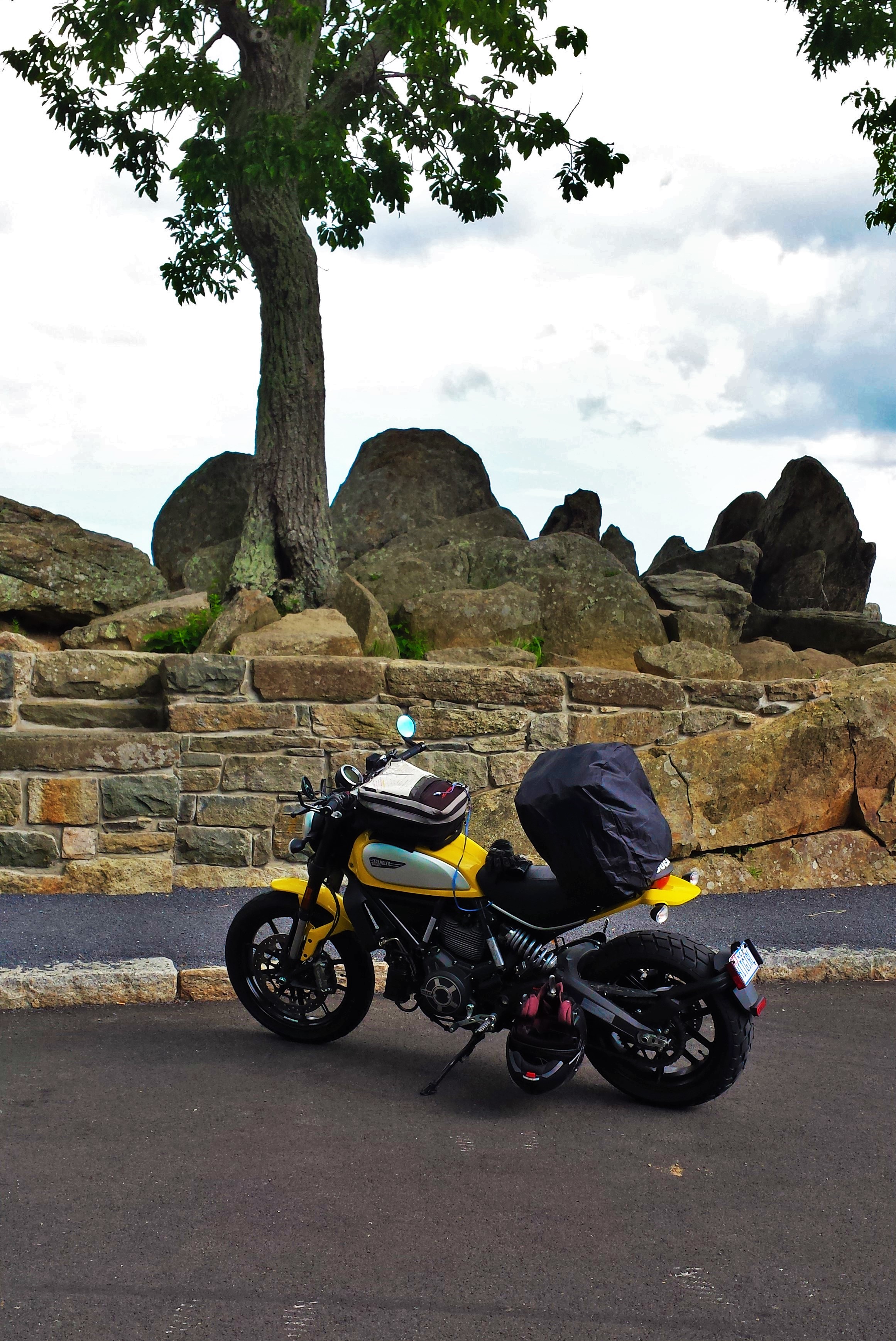 From baby steps to a big adventure

A little over a year ago I took my first ever tentative ride on a 250 cc motorcycle. Wobbly and scared, I slowly let out the clutch and rolled on the throttle while my encouraging husband nearly exploded with pride like a daddy watching his child ride a bicycle for the first time. Giddy with excitement myself, but tempered with a healthy dose of respect, I embraced what became a motorcycle obsession with fervor and within a month I took the Motorcycle Safety Foundation Basic Rider’s Course (MSF BRC), obtained my full endorsement, and conquered some long-standing childhood fears. After attaining a little more intuitive dexterity in manipulating the levers and controls, a forgotten voice in my head whispered, you were born to ride. Growing up on horseback (almost quite literally) I already knew that riding was akin to flying and as natural as breathing for me, but it was an intoxicating surprise to find that my passion and natural inclination transferred seamlessly to a machine-driven beast. In short order, I began the hunt for my next bike, a bigger one. After months of searching and researching and agonizing and dissecting what MY riding style is (or will be) and what sort of bike lit my fire, I was left with a ho-hum attitude and a feeling that nothing in particular filled that bike-shaped hole in my heart. And then one day while randomly scrolling through Facebook posts, I saw a silhouetted head-on image of the new Scrambler Ducati about to be unveiled at the impending 2014 Intermot show in Germany.  Ah-ha!! I had at last found my personal Holy Grail without even a shred of info about its specs or a real picture of it. Two days after the actual reveal I put a deposit on one at Garcia Moto then endured seven long months of (sort of) patient waiting and pouring over every scrap I could find on the internet before the Falcon, as she would come to be called, would be mine. Why the Falcon you ask? Because upon downshifting she sounds EXACTLY like the Millennium Falcon when it can’t make the jump to hyperspace: Without the teensiest bit of buyers remorse, I was pleased to find that the Scrambler was everything I’d dreamed she would be and oh, so much more! So what’s a girl to do with just a year’s worth of riding experience (10 thousand miles!) under her belt and a brand new 803 cc bike in her possession? Why, take a solo road trip adventure of course! Every summer for 18 years I’ve traveled from North Carolina to upstate New York to visit my family and friends back home. This year I vowed to RIDE the nearly 1200 mile round trip journey plus rack up some scenic miles in the beautiful mountainous regions of upstate NY and northern Pennsylvania. Brand new and unmodified. Photo by Vincent A. Provenzano

The Falcon needed only a couple of modifications for my purpose. I simply had to have lower handlebars for my personal comfort (and aesthetics) so I purchased a set of superbike bars from Dime City Cycles and enlisted my buddy William Vaughn at DMC Motorsports to put them on. Then I quickly figured out that I needed something to secure my tail bag straps to and found a handy DIY solution from a fellow Scrambler owner on one of the forums. And that’s about it. The bike itself is a handling dream and with an on-board USB port I never have to worry about losing charge on my cell phone (which BTW, I used quite often to check my GPS to ensure I was either on track or to make diversions). THAT alone is worth its  weight in gold let me assure you! With the major-ish mods out of the way, I focused my efforts on planning routes, plotting sites, purchasing gear, and picking apart every little detail I could think of as I counted down the days to my journey. Among my trip specific purchases were a Schuberth C3 Pro Women’s helmet and an Olympia Horizon rain jacket and pants, BOTH of which proved to be more than worth their expense and lived up to every review I’d read about them! I logged tons of miles on day trips and took a small overnight ride with my husband in an effort to appraise the best configuration of my set-up and gauge my stamina. I picked the brains of fellow road trip warriors and scoured the internet for advice. I planned and packed for every possible scenario (and my pack job, by the way, turned out to be brilliant as a result of all the time I spent visualizing and thinking through the placement/purpose of every little item). A week before I set out, I took and passed the MSF Experienced Rider Course so I was refreshed on my riding skills and knowledge. And in the event of a breakdown (assuming of course I had cell service) I had my trusty AAA card ready because, as my dear friend Johann Keyser of Moto Motivo told me in his suave South African accent, “There is nothing on this bike you will be able to repair.” Then he smiled and told me I would be fine with the basic tools and gave me a cheery send off. Even the world famous adventure rider Neale Bayly was kind enough to impart some good advice to me, “Don’t forget to stay loose, don’t grip the bars too tight, and have fun,” to which he sprinkled humorous (albeit, potentially valid) suggestions of items to pack.

Finally, after all the analyzation, preparation, and anticipation, the day of action arrived as determined by the best – or rather, least horrible – weather forecast. Ready or not, it was time to throw caution to the wind, load up the Falcon and hit the road. 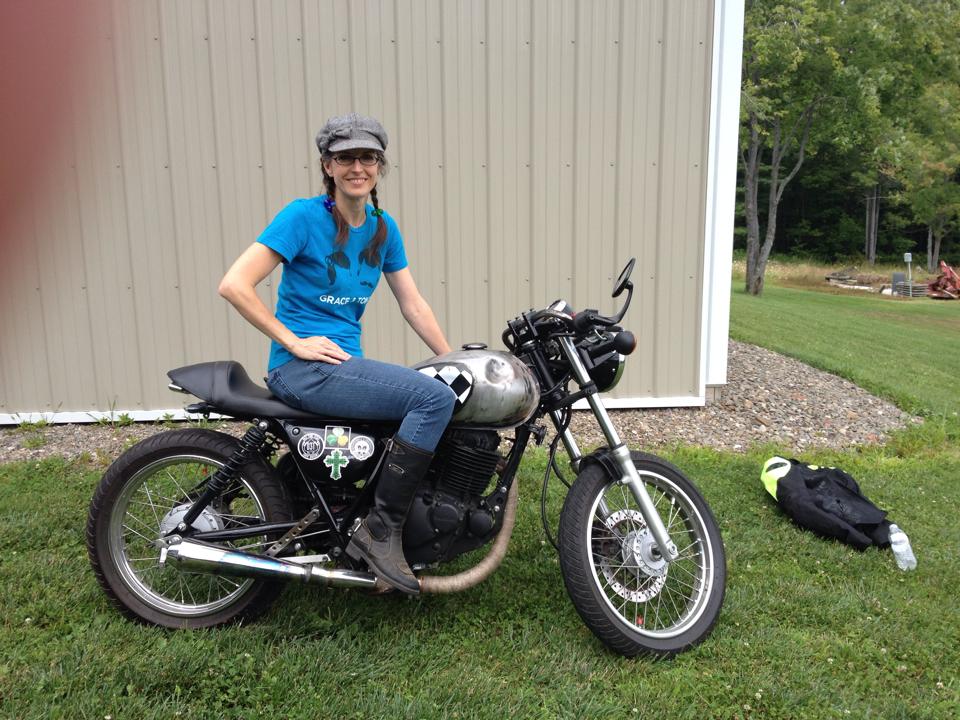